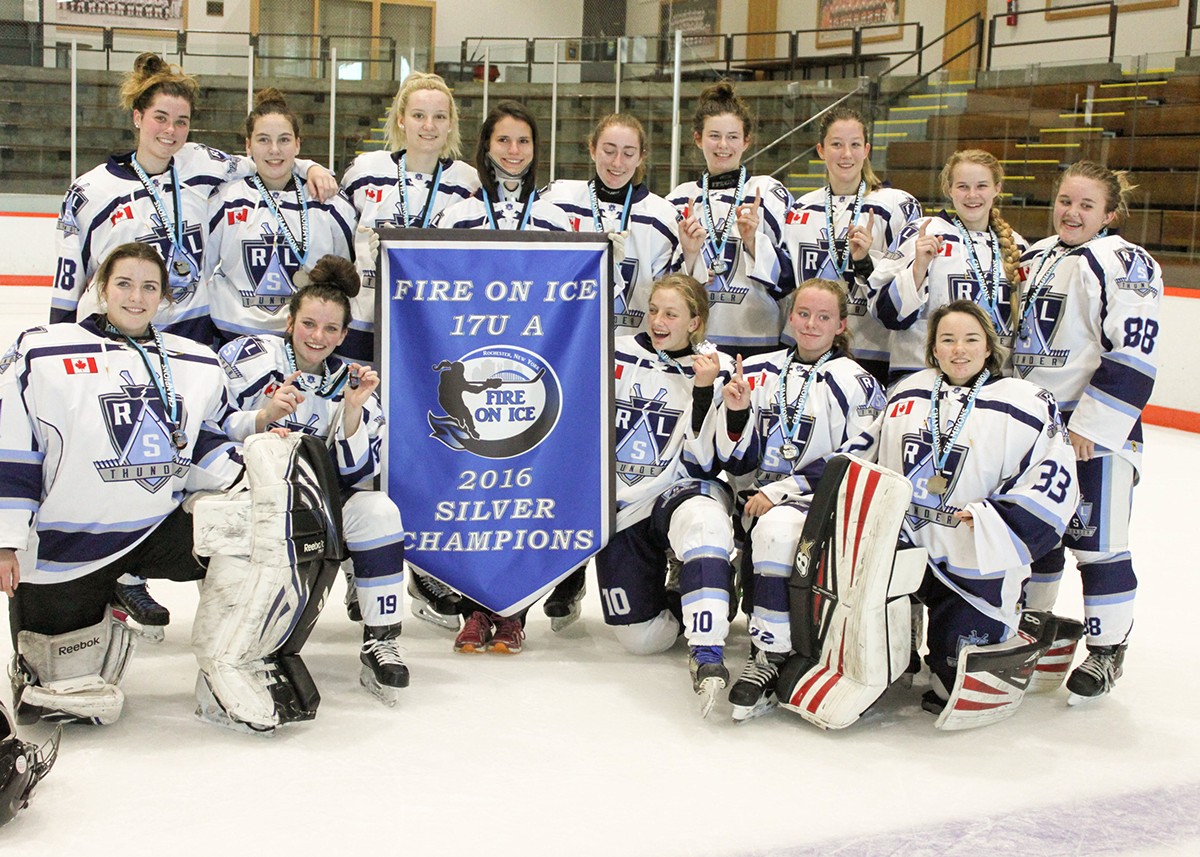 At the recent Rochester, New York – Fire on Ice Girls Hockey Tournament – The Rideau St. Lawrence Thunder Midget A Girls Hockey Team won the U17-A Silver Division Championship.  Backed by the strong goaltending of Ashley Bruce (2 Round Robin games & Semi Final) and Alexandra O’Reilly (1 Round Robin game, Quarter Final & Final) and the offensive talents of forward Madison Meisenheimer (including a hat trick in game 1 & the winning goal in Championship game) and Jay Lynn Burnie (1 goal in the round robin & 2 goal performance in the Semi Final) .  Despite some injuries and illnesses the girls persevered with hard work and determination to capture the Championship.  A special shout out goes out to Jessica Pinkney who was injured in the Quarter Final game and taken off the ice on a stretcher.  Jessica is recovering well and is expected to return to action in the next few weeks.  Another shout out goes to the newest addition to the Thunder team – Bantam Rookie Sensation – Leah Fitzmorris, who at the ripe old age of 13 scored her first Midget A goal despite only being with the team for just over a week.  All in all, a great team effort and team victory by every member of the Rideau St. Lawrence Midget A Girls Hockey Team !!!

Hyperline is a proud sponsor of the Rideau St. Lawrence Girls Midget A Hockey Club

Product Inquiry
×
The information you enter here will be sent directly to the recipient. It is not stored on this sites database. Read more in our Privacy Policy
SEND